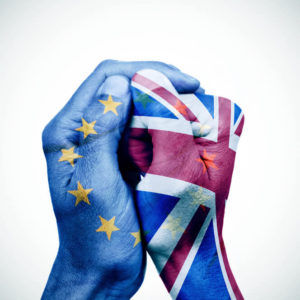 Just less than one in three people living Northern Ireland expect that the process of the UK departing the EU will leave them personally worse off than they were a year ago.

However, people in Northern Ireland are apparently less worried by the prospect of Brexit than many of their counterparts elsewhere in the UK, at least as far as their future spending habits are concerned.

A proportion as high as 60 per cent of Northern Ireland residents told PwC in a recent survey that they will not change their spending habits even if the UK leaves the EU at the end of October, which the British government is currently committed to doing.

But while there are those people who don’t think they’ll be badly hit by Brexit, significant numbers take the opposite view and worry for their financial future on that basis.

According to PwC’s research, young people are particularly concerned about their post-Brexit financial prospects, with sentiment recently declining most quickly among Northern Irish consumers aged 25 or under.

Across the UK as a whole there was a modest decline in consumer sentiment detected by PwC between April and September of this year, with that sentiment described as generally having been “remarkably resilient” in the face of Brexit uncertainties over the past several years.

In Northern Ireland, there was no overall decline in sentiment among consumers in terms of how they viewed their post-Brexit personal finance prospects in recent months but a third still feel sure they’ll be worse off.

“Nevertheless, Brexit aside, more people in Northern Ireland expect to be worse off this year than they were last year.

“With the autumn consumer sentiment level at its lowest ebb since 2014, this could see retailers and leisure operators impacted by shoppers reducing their festive budgets in the critical run up to Christmas.”