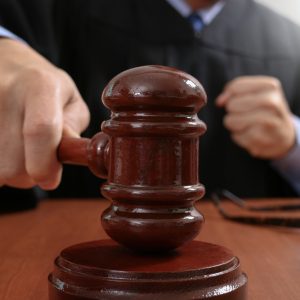 The number of people or businesses in Northern Ireland who were hit with small claims court judgements against them in relation to unpaid debts jumped to a six-year high in the early months of this year.

According to the latest figures from the Registry Trust, there were 2,242 such judgments handed down by small claims courts in Northern Ireland during the first quarter of 2018.

That figure represents a 16 per cent increase on the same period in 2017 and the highest recorded during any first quarter since 2012.

A small claims judgment generally serves as a warning to an individual or a company that their debts might be running out of control.

Businesses and individuals can pursue debtors through small claims courts where they are demanding payment of money totalling no more than £3,000.

On average, small claims cases in Northern Ireland between January and the end of March this year involved £1,960, which is a slightly lower figure than the one recorded for the same period in 2017.

However, despite this dip in the average amount owed to creditors by the recipients of small claims judgments, there are concerns that more and more people in Northern Ireland are finding it difficult or impossible to manage their personal debts.

Malcolm Hurston, chairman of the Registry Trust, is quoted by the Belfast Telegraph as saying: “One quarter is not enough to be sure, but it looks like a warning sign that repayment is becoming more difficult.”

Judgments given against debtors by small claims courts can relate to a wide variety of different forms of debts.

According to recent research by the debt help charity StepChange, there were close to 9.3 million people across the UK who last year used some form of credit to cover their most essential household expenses.

There are worries among some experts that debts are becoming more difficult to avoid or to pay off as far as a great many UK consumers are concerned.