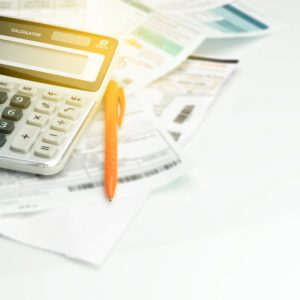 Households across Northern Ireland are set to see their energy bills increase this autumn with the country’s biggest supplier of electricity poised to hike its prices by just less than 14 per cent.

Power NI, which supplies around 58 per cent of homes in Northern Ireland, has said it plans to raise its prices to customers in response to cost increases in wholesale electricity markets.

With inflation and debt problems already squeezing the finances of many thousands of individuals and families across Northern Ireland, Power NI customers will now see their electricity bills increase by 13.8 per cent from October 1st.

Despite its plans to hike costs to customers, Power NI has insisted that its services are competitively priced when compared to rival energy firms in Britain, the Republican of Ireland and across the rest of Europe.

“Putting our prices up is the last thing we want to do, but unfortunately we are at the mercy of fluctuating world fuel prices,” said Stephen McCully, Power NI’s managing director.

“We’ve worked through a rigorous process with the Utility Regulator and our customers can be sure that although unwelcome, this increase is as low as possible and our prices are still cheaper than they were five years ago.”

Expectations are that the planned price rises will result in roughly £1.33 per week being added to an average Power NI electricity bill.

Autumn can be a tough time of year financially for a lot of Northern Irish households, particularly those with children, with the costs involved in sending kids back to school causing many parents to take on extra debts.

In fact, one in three NI parents use some form of debt to cover the cost of readying their children for the new school year, according to the Irish League of Credit Union.

Northern Ireland is also the part of the UK with the highest proportion of people in a state of over-indebtedness, according to the Financial Conduct Authority.