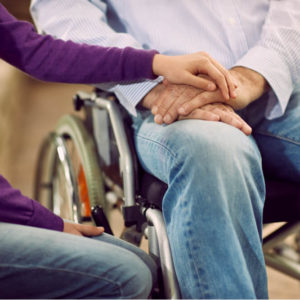 The process of transitioning claimants from the Disability Living Allowance (DLA) to Personal Independence Payments (PIP) has seen thousands of people across Northern Ireland losing out on their benefits.

In fact, reports suggest that around one in four people who have been claiming those allowances have had their benefits taken away from them after they were switched over to the PIP system.

It’s also been revealed that 13 weeks is now the average waiting time for a decision to be made on an individual’s claim for PIP support.

PIP has been introduced as a replacement for the DLA, which can be claimed by anyone aged over 16 but below the state pension age.

Hundreds of thousands of claims for DLA were made across Northern Ireland over the past few years, with close to a quarter of them apparently being rejected as the transition to PIP takes place.

Concerns have been raised about the rate at which decisions on disability benefits are being rejected and the lengths of time the associated assessments are taking.

The worry is that large numbers of vulnerable people might be finding themselves without money they badly need because they’ve had their claims for PIP knocked back or because they’re waiting months for decisions on their case to be taken.

A spokesperson for the Law Centre NI is quoted in the Belfast Telegraph as saying: “The waiting times for claims of PIP is obviously critical because we are talking about supporting people with a disability.

“We welcome the fact that the most recent clearance rates for PIP claims have reduced since August 2019, but there remains significant concern, most notably the work that is being done to make sure the decision is correct.”

The Law Centre NI spokesperson went on to say that around a third of cases made against PIP rejections are upheld on appeal, which perhaps suggests that work needs to be done to ensure that more cases are assessed accurately first time.

If you live anywhere in Northern Ireland and you’re worried about your personal debts or you’re struggling to fend off your creditors then Northern Ireland Debt Solutions can help. Contact us directly to arrange a FREE and confidential consultation.