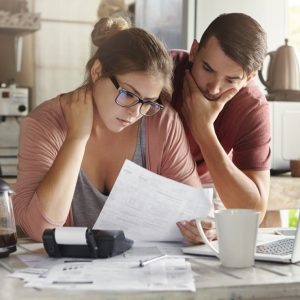 As many as one in three parents across Northern Ireland admit to caving in and spending borrowed money when their children pester them to make certain purchases.

Around 37 per cent of parents say that ‘pester power’ regularly gets the better of them and close to a half (46 per cent) say that they feel guilty if they have to say ‘no’ to their children due to financial constraints.

Those figures have been compiled by the Money Advice Service (MAS) to highlight some of the difficulties that parents in Northern Ireland and across the UK face when it comes to balancing their finances and the demands of their children.

Clearly, for a lot of people, a desire to avoid being faced with disappointed children results in racking up extra debts, whether via bank account overdrafts or some other form of credit.

The parents polled by MAS in Northern Ireland pinpointed the run up to Christmas as being the worst time of year as far as ‘pester power’ is concerned.

A majority of the pestering that parents have to deal with regularly relates to demands for snacks or sugary drinks but around 29 per cent say their children also pester them to buy big ticket items such as games consoles.

For 39 per cent of the Northern Irish parents polled recently the reason they caved in to the pester power of their children was because they felt guilty about not always being there for them.

MAS, which is a government-backed independent organisation, wants to see parents being more proactive in taking opportunities to explain to their children some of the fundamental ideas around money management.

“Although a child pestering may seem harmless, our research suggests that many parents in Northern Ireland are struggling to cope. Some are even dipping into their overdrafts and using credit to pay for this expense, which is worrying,” said Sarah Porretta, who is UK director of financial capability at MAS.

“All of us parents know that it can be difficult dealing with children who set their minds on having something, but there are ways to make it less stressful.”