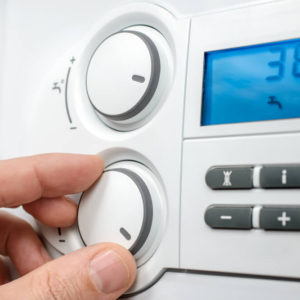 Up to 15 million households across the country could and should benefit from lower energy bills this winter as a result of a recent ruling made by the energy sector’s regulator Ofgem.

Ofgem determines the maximum price that a company can charge its customers for energy supplies in the winter months and its ruling impacts everyone on default tariffs.

The price cap for roughly 11 million people on default tariffs over the winter period has been set at £1,179, having previously been £175 higher at £1,254.

The reason why the cap reduction is being introduced is that the costs associated with wholesale energy supplies were officially deemed to have “significantly fallen” between February and June 2019.

Consumer-facing energy suppliers are obliged to pass on to their customers some of the savings they’ve made because their wholesale energy prices have been falling.

“The price caps require suppliers to pass on any savings to customers when their cost to supply electricity and gas falls,” explained Ofgem’s chief executive Dermot Nolan.

“This means the energy bills of around 15 million customers on default deals or pre-payment meters will fall this winter to reflect the reduction in cost of the wholesale energy.

“These customers can be confident that whatever happens, the price they pay for their energy reflects the costs of supplying it.”

Mr Nolan went on to encourage anyone looking to save more money on their gas and electricity supplies to shop around among different providers for better deals that could be available to them.

By doing so many people across the country could quite easily “cut their bills further in time for winter,” the Ofgem chief executive has said.

Ofgem first introduced its default tariff price cap as of January 1st 2019, having been capping prices for pre-payment meter energy consumers since April 2017.

The methodology used to decide on the right level for the pre-payment meter price cap was recently updated to bring it into line with the methods used to set the cap for the 11 million UK households on default tariffs.