An IVA is a formal debt repayment process allowing you to make manageable, monthly payments towards your debts while shielding you from creditor pressure. The process typically lasts five to six years.

Individual Voluntary Arrangements (IVAs) are the most common formal debt solution in Northern Ireland, with more than 1,200 individuals entering into one in 2016.

As part of an IVA you will be asked to make a single monthly payment for a set period of time, typically between 5 and 6 years. This payment is distributed between your creditors on a proportional basis, meaning those you owe more to will receive a larger part of the payment, with your smaller debtors receiving less. With an IVA you do not necessarily need to pay off the full amount you owe as any debt remaining after the IVA term reaches its end will be written off. This differs from a Debt Management Plan (DMP) which requires payments to be made until the debt is cleared in full.

Do I qualify for an IVA?

Although there is no upper or lower limit set regarding the amount of debt needed to qualify, IVAs are typically only recommended for those individuals with debts totalling more than £10,000. In order to qualify for an IVA you must be in receipt of a regular, reliable income and have some spare income left after paying your bills, usually a minimum of £100. This is because an IVA requires you to make monthly payments towards paying down the debt you owe. You can include various different forms of unsecured debt into your IVA including credit cards, catalogue debts, bank overdrafts, payday loans, and council tax arrears. Certain liabilities are not able to be included in the IVA, including mortgages and student loans. This means you will have to continue paying these in the usual way. You will also not be able to include any car finance agreements in the IVA; instead, to clear this debt, you will be asked to hand your car back to the finance provider.

The role of an insolvency practitioner

As an IVA is a legally binding agreement, you are unable to set one up on your own. An IVA can only be entered into under the guidance of a qualified professional such as an insolvency practitioner. They will assess your incomings and outgoings, and from this a proposal will be put forward to your creditors stating the monthly payments that you can afford to make. A creditors’ meeting will be called where your creditors will be asked to vote as to whether they wish to accept the terms of the IVA or not. As long as a minimum of 75% of the value of your creditors who vote at the meeting agree to the terms, then your IVA will be put in place. Your insolvency practitioner will then act as the supervisor of your IVA for its duration. The involvement of an insolvency practitioner, plus their ongoing supervision does incur costs; however, these fees will form part of your monthly payment so you will not need to find this extra money up front.

One of the major benefits of an IVA is that, as it is a legally binding agreement, you are given certain protections from your creditors. This means that they cannot ask you to pay anything in addition to what was agreed. Instead you make one monthly payment to your supervising Insolvency Practitioner, who will then distribute this payment amongst your creditors. The legal nature of an IVA also has implications for you; you are also legally bound to meet your obligations as part of the deal which means paying the agreed amount in full and on time.

What happens after my IVA has been agreed?

If you own a property, you may be asked to remortgage your home at the end of your IVA in order to release some capital which can go towards paying your debts down. If this is not possible, then you may be asked to continue making payments towards your IVA for a further 12 months as an alternative. You will need to notify your supervising insolvency practitioner of any savings you have, or if you have an unexpected windfall of money, such as from a lottery win, inheritance, or pay rise. If you own a car you will usually be able to keep this if you need it for getting to work, along with any other tools or equipment you may also need as part of your job.

Your income and expenditure will be reviewed every year, and should your income increase, the amount you will be asked to pay towards your IVA will also increase.  If you have a change in circumstances, whether positive or negative during your IVA, you must tell your IVA supervisor immediately. Entering an IVA will impact negatively on your credit record. The IVA will stay on your credit file for six years after you start it which could seriously affect your ability to obtain credit in the future.

Before deciding to go down the IVA route, it is wise to consider all the options available to you. Our experienced advisers can offer you a same-day meeting where you can go through the various debt solutions that exist and learn about the pros and cons of each. Take the first step towards financial freedom today. 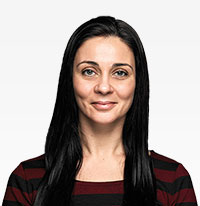 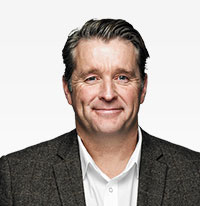