Universal Credit Hardship Funds ‘Should be Made Easier to Access’ 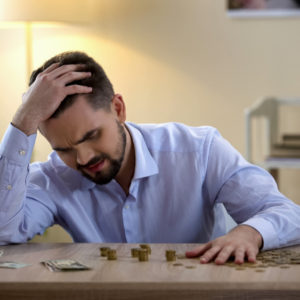 People in Northern Ireland who are applying for Universal Credit (UC) benefits should be given easier access to funds that are designated to help them if they find themselves in a dire financial position, it has been claimed.

Calls for a freeing up of the relevant money have been made after it emerged that only £17,000 had been distributed via the government’s UC hardship fund between November 2017 and March 2018, despite £7 million having been set aside for that purpose.

The funds have been specifically earmarked to provide assistance to Northern Irish UC claimants in extreme financial difficulty but so far relatively few people have met the criteria associated with the scheme.

According to the Irish News, that criteria requires claimants to have already claimed a UC advanced payment, not to have received a discretionary support living expenses grant in the past year and to be in their first or second UC assessment period.

Nichola Mallon, deputy leader of the Social Democratic and Labour Party, has criticised the fact that UC claimants are so often obliged to take on loans as they seek to get the financial support they need in the form of benefits or hardship funds.

She has blamed officials in Stormont for putting “barriers in the way” of UC hardship fund claimants when they should’ve been focussed on “helping the most vulnerable”.

“Just as the department took it upon itself to restrict access to this vital support, it must now move to widen it so those most in need of help can access it,” she said.

UC is a UK-wide endeavour undertaken by the Conservative-led government in London with the aim being to bring together six separate benefit payments into one.

However, the scheme has met with widespread criticisms as it has been introduced and its rollout has been blamed for a sharp rise in demand for food banks in various parts of the UK.

It was announced by work and pensions secretary Amber Rudd in mid-January that the full rollout of UC in Northern Ireland would be delayed by at least six months and until at least 2020.