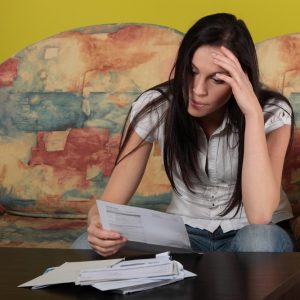 As many as one in six adults living in Northern Ireland are coping with what can be categorised as “problem debts”.

That’s according to research by the government-backed debt help organisation the Money Advice Service (MAS), which has been gathering data on over-indebtedness throughout all parts of the UK.

The latest figures suggest that problem debt affects 15.8 per cent of adults living in Northern Ireland, which equates to roughly 225,000 people.

MAS defines problem debt as being a level of indebtedness that leaves people struggling to cover their everyday expenditures and persistently unable to settle bills that are outstanding on a month-to-month basis.

Although there are apparently tens of thousands of people in Northern Ireland with problem debts, the proportion of adults in that position is reportedly higher in the North East of England, Wales, London and the North West of England.

Various parts of southern England and elsewhere have lower proportions of heavily indebted people which puts the figure for problem debt in Northern Ireland very close to the average level for the UK as a whole.

“This research tells us that one in six people in the UK have financial worries, a figure that stands at over 8.3 million,” said Shelia Wheeler, director of debt at MAS.

“Debt is a complex challenge and one that needs a collaborative approach if we are to successfully address it.”

According to the debt help charity StepChange, demand for debt advice across the UK is currently at unprecedentedly high levels and many thousands of people across the country are struggling to pay their bills each month.

The charity’s figures suggest that debt problems are increasingly impacting people who rent rather than own their homes and among men and women aged 40 or under.

“The people we help are increasingly struggling just to meet their essential household bills and debt levels are now once again on the rise after an eight year decline,” said StepChange chief executive Mike O’Connor in a recent statement.