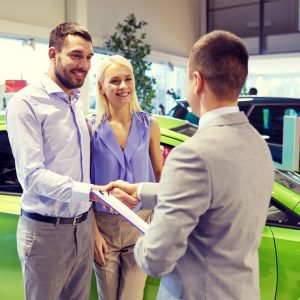 Consumers across Northern Ireland are over-spending on new cars to a greater extent than their counterparts across all other regions of the UK.

That’s according to a new study on the subject that looked at how motorists across the country are managing their money when it comes to making new car purchases.

Experts suggest that a new car should cost between 20 per cent and 25 per cent of an individual consumer’s annual income in order to be considered affordable.

However, UK car buyers tend to spend on average closer to 27.5 per cent of their annual pay packets on a new motor, according to the short-term car leasing company Cars on Demand.

Remarkably, the car leasing company’s numbers suggest that a typical Northern Irish consumer spends somewhere around 38.8 per cent of their annual income on a new car.

That figure puts Northern Irish car buyers well out in front in terms of the extent to which they’re willing to overspend on acquiring themselves a new vehicle.

In fact, the numbers suggest that a typical new car buyer in Northern Ireland will spend over £3,400 more than they can really afford on a new car as they come to buy one, with the average figure for the UK as a whole put at £1,154.

For many people, buying cars that are scarcely affordable can lead to debt problems and particularly if a newly-bought vehicle requires expensive repairs at any stage.

Cars on Demand’s research suggests that almost 43 per cent of UK car buyers would struggle to cover the costs of vehicle repair bills unless they resorted to some form of borrowing.

“A car is clearly a very personal purchase and it’s interesting to see how much more we’re willing to spend on a new one,” said Paul Brown, managing director of Cars on Demand.

“It’s one of the biggest purchases we’ll make, so it’s perhaps no wonder we want to invest in a good one.”

If you live anywhere in Northern Ireland and you are finding it difficult to cope with your debts or to fend off your creditors then Northern Ireland Debt Solutions can help. Contact us directly to arrange a free and confidential consultation.