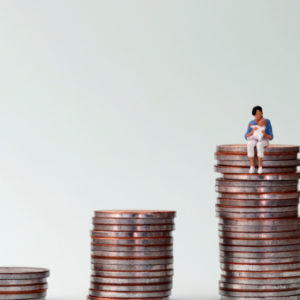 The costs involved with having children looked after on a regular basis is a major source of financial strain for households across Northern Ireland.

In fact, the associated costs are believed to be either the first or second biggest outgoing for roughly two thirds of families across the country.

That’s according to an organisation called Employers for Childcare, which has been documenting some of the financial challenges that parents with young children currently face.

Figures suggest that more than half of parents have had to cut back on their outgoings or go without to some extent in order to make sure they can cover the costs of having their children looked after.

Difficulties with affording childcare bills have also resulted in a lot of people in Northern Ireland resorting to borrowing money and entering into debt.

Worryingly, Employers for Childcare has said that some people even borrow money via payday lenders in order to cover the childcare bills they face each month.

The charity and social enterprise has said that for families across Northern Ireland, childcare costs tend to be the largest single source of outgoing each month outside of housing costs.

Estimates suggest that the average cost of paying for full-time childcare for one child now amounts to £166 per week.

Although lots of people in Northern Ireland are clearly struggling to cover the costs of childcare, more than three-quarters would describe the quality of care their children receive as being “excellent” and many would like to see childcare professionals being more generously paid for the important work they do.

According to Employers for Childcare, there is widespread support for government policies that would see families in Northern Ireland given access to 30 hours per week of free childcare for 3 to 4 year olds, as is already available to their counterparts in England.

“Introducing policies such as the ‘30 hours free childcare’ would go a long way to alleviating some of the hardship or difficulties experienced by local working families,” says Aoife Hamilton from Employers for Childcare.