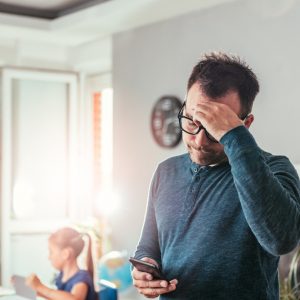 More than one in three parents in Northern Ireland are using debt to cover the costs of readying their children for the new school year.

That’s according to research by the Irish League of Credit Union (ILCU), which also found that 37 per cent of parents in NI don’t buy their children certain back to school items that they might want because they simply can’t afford them.

Just over three quarters of the parents polled by the ILCU said that they consider back to school costs to be a financial burden and around a half say that the costs involved are their foremost concerns as their children head back to school after the summer holidays.

The average scale of debt taken on by a parent of a primary school age child in Northern Ireland is £252, according to the figures.

Meanwhile, parents of secondary school age children take on an average of £291 in debt per child to cover the costs of being ready for the new term.

Part of the issue is that parents often feel pressurised to buy their children branded goods, which can be expensive and the costs involved can quickly mount up.

In addition to taking on debts to cover back to school costs, a third of parents say they sacrifice spending on family holidays for the same reasons and 20 per cent say they cut spending on household bills to that end.

Worryingly, a third of the parents polled by the ILCU said that they turned to doorstep or payday lenders in an effort to cover the costs of sending their children back to school.

“Using doorstep lenders and payday loan companies, many of whom charge exorbitant interest rates, will lead to a recurring cycle of unnecessary debt and irrational borrowing, and we would seriously urge parents to reconsider going this route,” said Paul Bailey, ILCU head of marketing and communications.

If you live anywhere in Northern Ireland and you’re struggling to cope with your debt problems for any reason then Northern Ireland Debt Solutions can help. Contact us directly to arrange a FREE and confidential consultation.