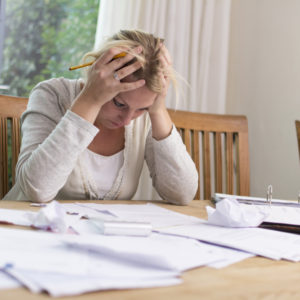 Around a third of parents in Northern Ireland rely on debt to cover the costs associated with Christmas, according to recent research.

The charity group Action for Children has highlighted the scale of financial challenges that a great many families are now facing and revealed just how common it has become for parents to borrow money to pay for Christmas.

Roughly half of the parents living in Northern Ireland who were polled recently said that they’ve been cutting back on spending over Christmas as a result of tightened financial constraints.

People have increasingly been unable to find money for Christmas trees, dinners and gifts for friends and family in recent years, according to the research.

For a growing number of families, while Christmas might still be a happy time, it has also become a source of real financial strain and additional debt worries.

Action for Children expressed particular concern about these issues recently in part because of the difficulties many people are facing in dealing with the newly rolled out Universal Credit benefits system.

“When you are a parent who is already struggling to make ends meet, Christmas can be a very stressful time that can lead to increased debt and difficult choices on what you can provide for the family over the festive period,” said Dawn Shaw, national director of Action for Children in Northern Ireland.

“Our survey shows that this is the reality for too many families in Northern Ireland and we see this on a daily basis in our services.”

Across the UK as a whole, Action for Children has seen demand among families for its frontline financial advisory services increase by as much as 30 per cent over the course of the past three years.

Throughout the country, one in four sets of parents are understood to be getting themselves into debt to cover the costs of Christmas, with roughly a million children aged 10 or under believed to have faced a tough festive period without warm clothing, fresh food or any sort of celebration.

If you live anywhere in Northern Ireland and you’re struggling to cope with your personal debts then Northern Ireland Debt Solutions can help. Contact us directly to arrange a FREE and confidential consultation.